Hello friends. Yes, it’s been awhile. I kept waiting for more news, plans, etc. to become more definite before I wrote a bunch of stuff that would need a retraction a few weeks later. But, there is now reason, and even some degree of need so here I am.

For the last year or so, Frank has been dealing with a bad case of what he thought was “tennis elbow”. For all those who don’t know exactly what tennis elbow is, or think it is some minor injury that only guys in white shorts and sweaters get on the tennis court, let me start by saying it most certainly is not. This is a real athletic, or in this case, drumming injury. In Frank’s case it’s a situation where the tendon been torn from the bone, rendering his snare smacking arm extremely weak and unable to play the rock and roll or even perform many tasks, including seemingly simple and easy ones. As painful as it sounds imagine that you are a drummer dealing with this. That, I am afraid, is the state of Frank, what he is dealing with, and why you have not seen us in your town in a few months. The injury requires surgery, and that is to be followed by healing, rehab in the form of physical therapy, and that can take anywhere from six weeks to three months. It is serious, and now that all other options have been exhausted including many doctor and physical therapy visits with no positive results, the knife is the only one remaining.

And, as if all that is not bad enough, it has rendered Frank not only unable to play the drums, but unable to do almost any kind of work at all, since the end of the Del-Lords EU tour last November. Now, we are getting to the heart of this message. While we are doing, and will continue to do, everything we can to help financially, it will not be enough to cover anywhere near the expenses that will be involved, including basic living expenses that Frank will incur – from the surgery through the healing and rehab. We have decided to do what we never thought we would have to do, which is to come to you and ask for your help. If you think you can contribute something/anything to the Cause, it would be greatly appreciated.

Frank had his surgery this Monday May 19th and all indications are positive.

If you’d like to help please go to PayPal, log in, click “Send Money”, enter Frank’s e-mail Playthedrums@hotmail.com and give whatever you can. The money will go straight to Frank and we’d all appreciate your help.

We will have some more Del-Lords news soon including some new recordings and concert dates for later in the year.  Thanks again for your support. 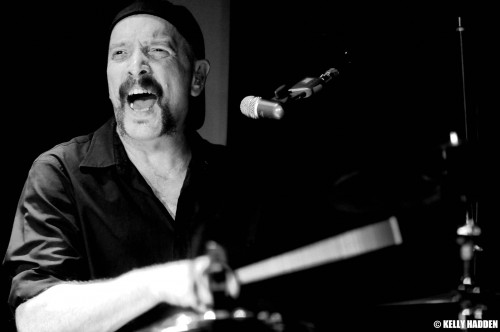 11 thoughts on “Help a brother out: Frank Funaro could use it!”